Two Lodge Degree Teams had the privilege of Raising Brothers John Minagro and Jonathan Groetsch to the Sublime Degree of Master Mason on Saturday May 20th and Tuesday May 23rd respectively. Both degrees were impressive, notable for the steady pacing, the excellent floor work and frankly the judicious use of drama appropriate to the subject. They were both nights to remember, kudos to the teams who knew their work and were proud to get it right. I would also like to give a shout out to David Kreutzinger for his lively talk at the last Stated Meeting about lodges in Italy, Croatia and on Cruise ships.

We now look forward to our trip to the UK where we will roll off the ‘plane into a vat of Guinness, sober up on a high speed ferry to Scotland, pay homage to the Mother Lodge and Rosslyn Chapel and drift down to England to demonstrate the Second Degree to Ethelfleda Lodge on the Solstice and the first degree at Monolithos Lodge the next night where we will be joined by our Grand Secretary and PM who will be our Junior Steward for the evening. The finale of the trip will be joining many Masons in Weston Park to celebrate the 300th anniversary on the night of the feast of St. John the Baptist. Fireworks included!

Planning is advancing for the Lodge retreat and visitation to Mendocino Lodge August 19, where Brother Leon Zhao will be passed to the degree of Fellow Craft. We will be having a BBQ at the Tunzi Ranch in Comptche under the Redwoods, courtesy of Larry Tunzi of Mendocino Lodge. Some of us may also camp at the Ranch.

And finally allow me to acknowledge the generosity of so many of you who raised over $2,000 for Raise a Reader; and who got together to buy the first rate sound system and other degree items that have greatly improved the experience in all our rituals. Thank you Brothers! 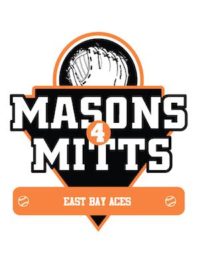